In a recent American English Accent training I conducted, I decided to switch up the activities by using American songs to teach word combining. By tearing apart the phonetics in songs from the USA, we can learn how to understand fast American English through songs.

The linguistic term for some of these combinations is called ‘liaisons’. Liaisons happen when the last sound of one word combines with the first sound of the next word and it creates a different sound. 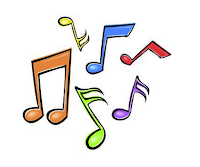 As you can see, the sounds change drastically. These things are better demonstrated through sound, so in the training I articulate these sound differences, teach the attendees how to create and identify the right sounds, and play games around it, like listening to the songs below.

Tips on recognizing these sounds / making these sounds:
When creating the combined sound, the stress happens more in the new sound.
The ZH is not the same ZH sound that happens in Malayalam and Tamil. This is a vibrated and somewhat aspirated Z sound, where as the Tamil / Malayalam ZH is more like a flat R sound (That’s the best comparison to English I can think of!).

Why is it important to know these sounds and word combinations?
When people speak fast, sometimes these sounds are created. This can happen in everyday conversation in statements like:
“I really neeja to give those reports to me by 3pm today.” (Neeja = need you)
“Cuja please call the client at 5pm?” (Cuja = Could you)

Now, if one can recognize these pairings and sounds, it becomes easier to identify these in fast speech and also take them apart to get the full sentence or request.

Learning to make these sounds is also important to being able to recognize them. I always suggest to people who have to speak to the US side to always articulate each word clearly to avoid communication confusion.

To help my trainees identify these “word mashes”, I played the below songs that have some examples in the lyrics. I had handed out a copy of the written lyrics so they could follow along.

I specifically chose these songs due to the fact these are not sung super fast, and some of the intonation and syllable stress within the songs seem to be very similar to conversational speech.


Jim Croche, Operator – Watch on Youtube
For instance, in the Jim Croche’s song, he sings:
“The number on the matchbook is old and faded.”
But, sung (and even spoken fast), we hear:
“The number on the matchbook sold and faded.”
Often when one word ends in “s”, the “s” is somehow heard with the next word. This can be confusing in various statements like,
Said clearly articulated: “That is in the desk.”
Said medium fast: “That’s in-da desk.” (“The” becomes “da” and combines with “in” to sound like one word.)
Said FAST: “That sinda desk.” or “That sin da desk.” Here, one may hear “sin” (a real word) or “sinda” (which is not a word). If one says “sinda,” typically, the a small stop comes after the last “t” in that, and a short “s” sound and a stress is placed on “inda”, so the intonation rises in the middle of the statement.
Where in the above songs can you find the liaisons or word mashings?
I’m eager to hear your feedback in the comment section below.
Author Jennifer Kumar is a native American English speaker living in Cochin, India helping Indians to communicate better with their American counterparts. Check out her American Accent Training Program to learn more.
Related Posts:
What words could Indian team members speak more clearly over the phone?