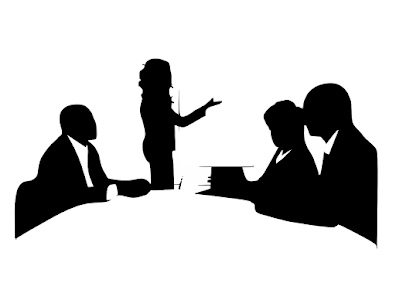 Speak Up in Meetings with US Counterparts

Does your team feel shy or reluctant to speak up during daily stand-up meetings, status update meetings or interactions with US counterparts?

Use some simple group discussion skills to enliven your meeting to encourage participation.

Encourage Participation in Meetings With These Strategies

Add the person’s name into the agenda

As team members may find it difficult or emotionally uncomfortable to speak up or out of turn, especially if a manager is present (due to high power distance), a manager or a coach can mentor the team member(s) on who, what and when to say it. For mentoring to be effective, role plays and mocks mixed with debriefs on application, awareness and outcomes seems to be an effective model for behavior change. It must also be noted that it may need to be a culture change among all team members, as this kind of interaction could disturb the balance of power.

Another way to include other’s into the discussion, especially if they aren’t in charge of a topic on the meeting agenda is to use their name to transition the conversation to them, add in their name to acknowledge what they have done or how they have helped you, or use their name to ask a question to get clarity on something they are working on. Including our team members, especially those who are shy or don’t tend to take the initiative to speak up could help them feel included and acknowledged.

In some Indian offices the manager (or perceived highest ranking team member) is listening and participating with the US counterparts while the other team members are silent. While there could be many reasons for this, one of the biggest reasons lies in the culture difference. Because it’s customary to defer to the manager, and all communication is funneled through the manager (or for junior team members to defer to more senior ones), it’s common to see the other participants not paying attention, or paying attention and not speaking up. As I have observed team calls from various companies from start ups to large MNCs, I have noticed that the manager may be the only one paying attention and listening through body language, non verbal behavior and of course, speaking up. The others know the communication is funneled through the manager, so they stay silent (the team dynamics, and possibly, company culture endorse this). Because they don’t feel the pull to participate and it may not be encouraged anyhow, their body language is closed and their ears are ‘turned off’. Turning these skills on is a culture shift and a behavior change. Some teams are successful at making the change, while others decide it’s better for the team to not attend the call as a group and only have the manager attend. For those  working in Agile teams, this type of interaction tends to run counter to the assumed equality that agile teams promote. Hence, our coaching program helps to overcome some of these barriers to create an environment which is both culturally sensitive, yet adaptable to the Agile ways of working.

If a manager or team member asks for feedback, speaking up will happen eventually, but then the person may continue talking for long periods of time (which in the US could be considered 3 or more minutes, delaying the agenda from moving on). In this case, I suggest to Indians that if a manager asks for feedback do one or more of these things:

Point #2 is important as in India often the first person who answers will give a thoughtful and long answer. The other group members see the manager’s approval of the answer, and therefore, the others just repeat what has already been said. When this happens with an American manager, he or she will feel the person is not listening or has nothing new to add. Both of these are not good impressions to give.  Here, then we need to learn how to give build answers. That’s why when person #1 answers, they would give only one answer with convincing information, then turn the topic over to their colleague who can add something new to it.

Note, as well that point number 5 is also a sticky wicket because in Indian culture, asking questions is often considered disrespectful, so an Indian counterpart may form a question in the form of statement (which may be read as a demand by a US American). However, the problem of not asking questions can result in one of many outcomes such as: not understanding the requirements clearly, not being able to understand the client’s real motivations and business need for the product or service, and a sense from the US American the India team is not curious and, hence not really interested in them (as business partners or as people). Those on the US side can keep this in mind while interacting with the India team and react accordingly or help bridge the communication gap with other approaches.

It’s not always apparent when some of these behaviors are or are not happening. Hence, often I am asked to observe client calls or listen to recordings to give specific feedback on where people are going wrong, how to fix it and how to keep doing what is working right. This not only helps improve client communication and process, but team building and leadership among all team members, which is a critically important piece to staying visible in virtual work settings.

I have worked with over 50 companies in India and trained over 4,500 individuals. We specialize in building communication and leadership skills among your team members in India when working with US Americans. Check out our programs Managing Client Expectations or Business English Seminar.

Related Posts:
10 Solution Focused Coaching Questions For Dev Teams
Tips US Americans Can Use to Work Effectively with Teams in India
Why an Indian Manager’s Requests Were Being Met with a Cold Shoulder