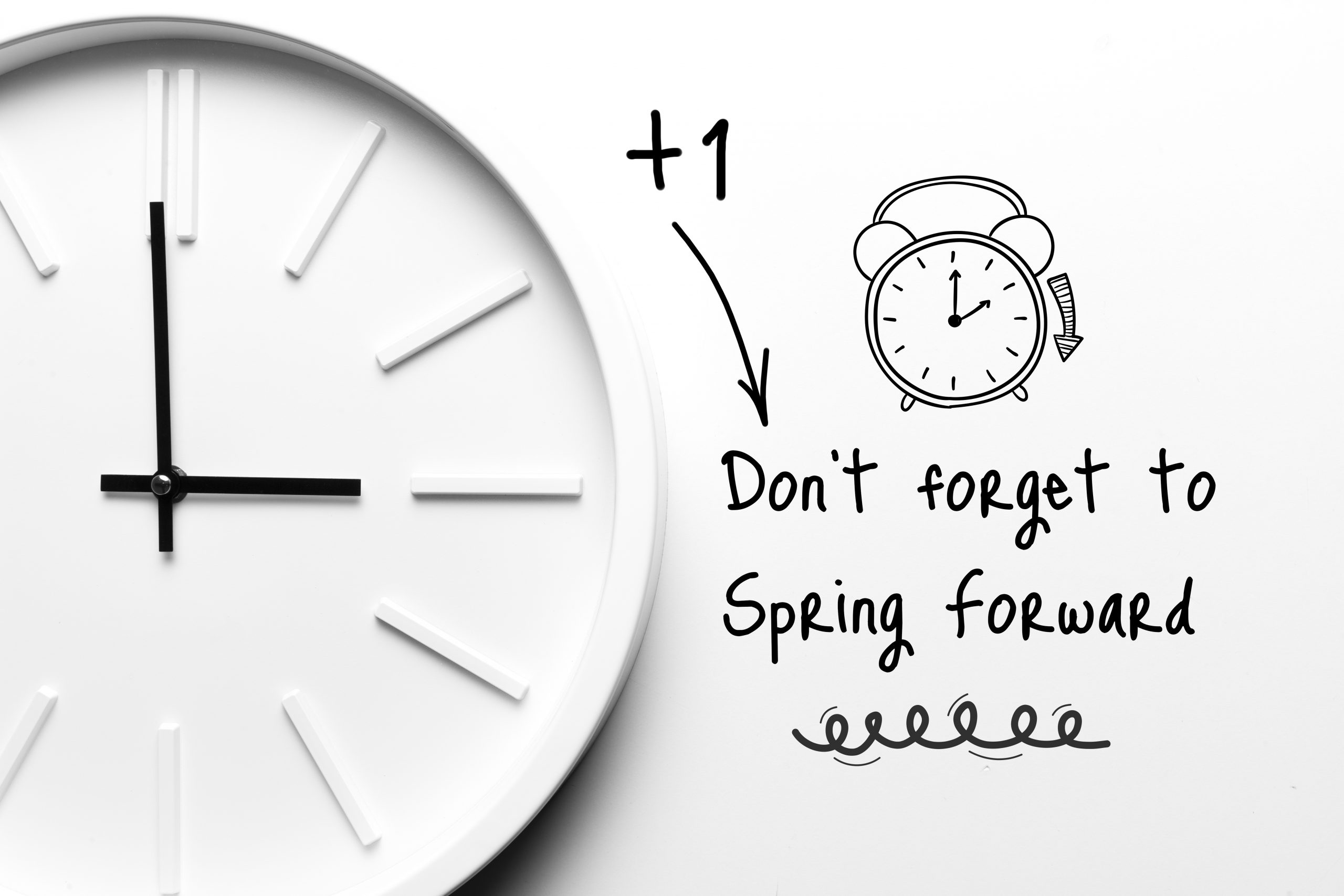 What is Spring Forward?

During this time period, many local news stations across the US report on DST and some cultural factoids are highlighted. See the short videos below for more.

European countries may change clocks about 2 weeks later than in the US if they do the time change.

Tips for A Better Time Transition 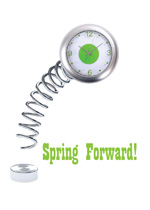 What does it mean to “sleep in”?
In this video, one of the idioms they use is “sleep in.” “Sleep in” has the same meaning as “sleep late” in Indian English (I hope!). To sleep in means to “sleep past the normal wake up time” or “wake up late”.

Spring Ahead = Spring Fever
I think in 2015 more than any other year, those in Springfield, Massachusetts (where this news clip originates) are just “itching” for spring. Spring and warmer weather can’t come soon enough!

“I have spring fever big time!”
In the newscast, a woman on the street says she has “spring fever – big time.” What does this mean?

“Spring fever” – Spring fever is a feeling, and it’s a little hard to describe. Typically in the winter, since it’s so cold, people stay inside their homes and don’t do as many outdoor activities. But, they get tired of the snow, ice and cold temperatures. They are eager for it to warm up, so they can do activities outdoors. This feeling of wanting to get out, and hopefully also feel some sun, is known as spring fever.

“Big time” – Big time is a phrase used to mean “wanting something really bad” or “looking forward to something.”

So if someone says they have “spring fever big time” it means they really want to get outside and enjoy warm weather to overcome their “cabin fever.”  When people are locked indoors most of the winter because of the cold and limited daylight hours (many could go to work and come home in the dark, especially in December and early Janaury), they say they have cabin fever. It means feeling ancy to go outside and being sick of being indoors!

Change Your Batteries!
Many coming from India to the US will learn something new here. During spring forward and fall back, it’s recommended to change the batteries in the smoke detectors and carbon monoxide detectors. Ask your landlord or neighbors where to find these in your home. By law, everyone must have one or more installed in their living area.

In addition, if you live in an apartment building in the US, typically during spring forward in March and fall back in March, you may see an announcement on your door, similar to the notice below – to check certain appliances and gadgets in your unit. 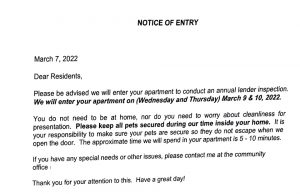 Watching the Jump Forward in Milwaukee
Note that the video clips in this post are from local news stations. Whenever possible, I suggest you to watch local news (not CNN or cable news). On local news, you will hear more localized accents, slangs, idioms, phrases and learn more about the happenings of your area which will help build confidence in talking about current events, including local weather, with your colleagues (aka – small talk).

Global Team Scheduling Before and After Spring Forward between the US and India
Being in the US, I am eagerly awaiting for Spring Forward because I can wake up a tad bit later to have meetings with some of my Indian clients. Let’s see how the time change impacts meetings between various time zones in the US and the one time zone that covers all of India.

When the time of the meetings stay the same for the US team, the time CHANGES for the India team. Many in India prefer this as evening status update meetings and other types of meetings happen one hour earlier between March and October.

Tip for a US based team working with a team in India:
When calls are scheduled the same time year round in the US time zone, the call will start one hour earlier after the US springs forward. Some Indian teams I have consulted with wishes the US team or clients would adapt their meeting times to allow the 6:30pm IST time frame to remain the standard throughout the year so they can go home a little earlier. Or, at the least, change up meeting times so some days the meetings could be a little earlier or later depending on the time of the year.

When the time of the meeting stays the same for the India team, the US team meets one hour later. For instance, for Authentic Journeys team training, when we meet with India teams at 9:30 am, before the time change, we start the program at 9pm MST, and as long as the time stays the same for India, 9:30am IST after the spring time change is then 10pm MST for Salt Lake City.

(I personally know this schedule… I’ve lived it!)

Tips for teams in India:
Teams in India could occasionally suggest to meet mornings IST to ease the US clients from starting early. It never hurts to ask! It’s nice if both sides give and take. I was also a little apprehensive to ask this as I was meeting very early mornings MST to meet with Indian clients in evenings IST. When I did ask if we can have some meetings in the mornings IST and evenings/nights MST, my Indian clients were happy to give me a break from waking up before the rooster crows! And, I was so happy for that!

Jennifer Kumar is the creator of training programs for Indians and other expats to work more effectively from offshore and as an international assignee onshore. Learn more by clicking the links or contacting us today.

Learn about the spring-forward time change in the US on March 13th and how it impacts working between the US and India. #springforward #dst #workingacrosstimezones #meetingmanagement https://blog.authenticjourneys.info/2019/02/what-is-spring-forward.html

Note: Authentic Journeys does not have any relationship with World Time Buddy. The images are screenshots from their site for instructional purposes only.