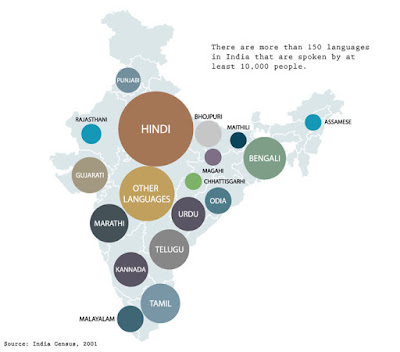 Managing Teams in More than One City in India

Are you remotely managing co-located, virtual offshore teams in different parts of India?

Understanding Indian cultural diversity and work culture will help you to manage your teams more effectively.

Considerations for Distributing Teams in Different States in India

Though business and education is generally conducted in English, each state in India has its own language. Different languages have different scripts. Managers will quickly understand there is no language called “Indian” when they encounter a bouquet of languages – Tamil. Telugu, Hindi, Bengali, Gujarati, Kannada, Marathi, Malayalam, Punjabi and countless others. Managers who manage diverse teams in different metros will notice social groups and cliques form for lunch and after work. If one studies these groups closely at times it becomes obvious people break into groups based on their language background; and will be talking in their local language on their down time and not English. This is one reason many onboarding programs have a soft-skills module on speaking English in the office. The module’s main goal is not to necessarily improve English skills but to highlight to the team that speaking English in common areas helps everyone feel more comfortable to mingle and break into group discussions in pantries, break rooms and during lunch. Such onboarding training modules appear to have more long term success in corporations in larger metros with a more diverse employee base like Bangalore and Mumbai. Similar modules have also be tailored for the virtual teams preparing for their expat assignments to the U.S. 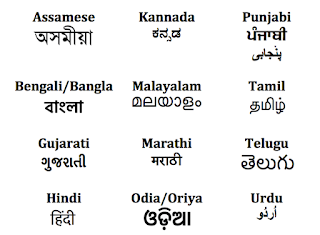 India is truly diverse and inclusive in its observance of holidays. There are government holidays, national holidays, regional holidays and holidays for various religions (Hinduism, Christianity, Islam, Buddhist, Jainism, etc.). Depending on the area, the holiday schedule may vary slightly. If you manage teams in different states, keep a holiday calendar for all of the different areas. Even the same companies will observe different holidays based on the various regions they are located in.

A few examples of this would be:

Unlike in the U.S. where holiday events at work are typically subdued or small in scale and scope, in the parts of India I worked in holiday celebrations at work were taken seriously with a wide variety of holiday themed cultural events, competitions, games, and more. A serious mistake an American starting an offshore team in India could make is to limit holiday celebrations in the office.

To get an example of some of these celebrations, see the following posts of holiday events I have attended at some of my client sites:
Onam Celebrations at Litmus7
Pookkalam (flower carpet) competition amongst companies in GeoInfopark, Kerala
Christmas Competitions at UST Global
Onam Activities in Infopark, Kakkanad
Celebrating Onam in NRITBI (where Authentic Journeys office is in India)


Different Cultures
India’s multi-cultural diversity of India is not limited to languages, holidays, and religions. From area to area, you will encounter very different tastes of food, different styles of dress, different dialects (accents and slangs), different attitudes, different family observances and traditions. Family is a major part of life in India and work life and family life balance take on a different aspect in India than in the West. Managers are known to help employees with transportation and even work around challenging family issues that prevent people from working to keep employees on the team. Managers are particularly sensitive to the safety and transportation issues of females, even in big, cosmopolitan cities like Bangalore. Be aware as a Western manager or employee if you are a female, take precautions for your safety. Ask locals for tips to stay safe. 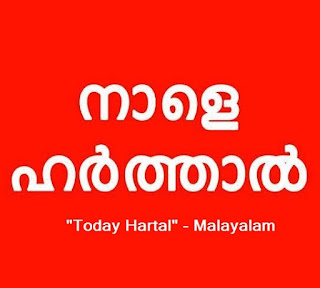 Bandh means ‘closed’ in Hindi and is used all over India to indicate a ‘strike.’ (Hartal is the word more commonly used in Kerala, where the language is Malayalam, pictured above.)  Strikes are very common in some areas of India for social and political issues. If a strike is called in one area of India, it may not be called in another part of India. Teams may work in one part of India and not in another. Generally, when a strike happens; people do not go out. They may work from home, if that is allowed by the company. However, generally people stay at home. They do not do work, school or college on strike days and people stay home. Roads become deserted and people only go out in extreme emergency because there is a chance that fights erupt or people’s cars can get stoned. Depending on the nature and length of the strike, electricity and other utilities can be affected. People generally go out the day before the strike to buy their groceries to avoid going out on the day of the strike. I have shared some of my thoughts on going to work in Bangalore and Kochi during strike days, and my general observations in regards to strikes, here.

Investing time in educating yourself and the US team members on the diverse cultural and safety implications in the various parts of India before sending your managers or employees to set up an office in India is critical. Be especially sensitive to the needs of female employees; helping them realize that based on the area of India, it’s best to be reminded they are not in their native country, but in India where rules are different and attitudes toward women’s safety are different. Maintain a safety plan for your employees in case of any eventuality. Stay safe and all the best with your business ventures in India.

Jennifer Kumar helps your co-located, global teams to bridge the cultural gap to improve communication and productivity. We can work with you to bridge and build your cultural awareness about India to work more effectively with Indians and south Asians.