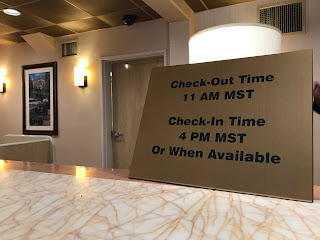 Do you have time zone resentment?

If you work with international, virtual teams, it is likely you have experienced ‘time zone resentment.’

Coined by the website Campaign, “time zone resentment” stems from:

“…conducting meetings consistently in the “middle” zone can create resentment from those having to dial in during the early morning or late evening.“

Based on my experience working with international teams, I would like to create my own definition:

Time zone resentment [or maybe even ‘time zone fatigue’] stems from always having to work long and odd hours to accommodate meetings with colleagues, clients or stakeholders in one more time zones. This leads to working long hours or swing shifts, which can lead to stress, fatigue and resentment.

If you have ever asked yourself any of these questions, you may have experienced time zone resentment:

What questions have you asked yourself that may have led to time zone resentment?

Before going into the situations that lead to time zone resentment, I’d like to preface this by stating that there are a wide variety of remote, satellite, and international team structures. A majority of the teams that I have experience consulting with are international and offshore teams with a majority of team members in the U.S. and India. It is based on my experience working with these teams that I have encountered these situations.

Situation 1: Working Nights and on a U.S. Work Schedule
There are some companies in India who work ‘U.S. office hours.’ So, if the U.S. clients or team in the U.S. works between 9am and 5pm EST, the team in India will work between 7:30pm-3:30am IST in standard time (early November to early March) and 6:30pm-2:30am IST during Daylight Saving Time (early March to early November).

Situation 2: Predominant Time Zone is EST (East Coast of the U.S.)
In most of the companies I consulted with in India, the U.S. office or client base happened to be predominately in the Eastern Time Zone. So, many wondered why they had to work off EST and the team members in the U.S. couldn’t be more flexible. In some cases, especially for offshore back office medical administration, this was not possible as the U.S. office hours were not flexible. In such cases, people working in such jobs in India, not only HAD to work between 9am to 5pm EST but also had an American annual schedule (Professionals working in such jobs had American holidays off like Thanksgiving, Memorial Day and Labor Day, and not their Indian holidays, which also created cultural dissonance.) However, in other cases, where client facing office work was not part of the job, it seemed much of the meeting scheduling was done from the EST time zone (even if there were multiple offices in the U.S. that spanned time zones). 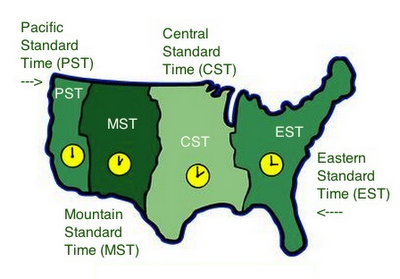 Situation 3: A Dislike with the Time Change (Specifically Daylight Saving Time)
The clocks do not change in India. Therefore, many in India working with global team members living in countries that do observe a time change tend to prefer standard time over daylight saving time. Since the time in India remains static, when the clocks spring forward for Daylight Saving Time, people in India either work later or change their schedule, starting and ending their work day one hour later. Many [that I have talked to] prefer to start and end one hour earlier, therefore preferring meetings during the standard time. [This applies for the countries northern hemisphere observing a time change. This may be the opposite for the southern hemisphere, and areas in Australia, for example, that also change their clocks.]

Situation 4: Remote Team Members Scheduling Meetings Without Asking
As more and more professionals allow their calendar to be ‘public’ to anyone they interact with, others may open the calendars of all stakeholders they want to attend the meeting, seeing when is a common opening, scheduling the meeting without asking those they are inviting. While this is typically not a standing operating procedure, it seems to happen frequently in some circles. In these cases, the person initiating the meeting may look at the calendars of everyone and think, “Hmm… this colleague is available at 4pm EST. This is still within the normal working hours of 9am to 5pm, so I will set up the meeting for this time.” The problem here is that though that person’s normal working hours may be 9am-5pm EST, he or she may actually start the day at 5am or 6am to accommodate meetings with international team members in other time zones. So, scheduling the meeting with this person on this day may extend their work day from 5am to 5pm. It’s always better to reach out and ask if possible or if there is any doubt about the other person’s availability. This is not always possible, but it’s the best practice.

From the other end of the spectrum, as we set our own availability on our schedules that others will see, we can set the normal working hours in the back end of the calendar as well as blocking off time for lunch or breaks during the day. Some calendars also have a function that will allow a buffer of 15 minutes between meetings.

Situation 5: Working Around The Clock (All day, into the night)
Building off the answer to the previous question, many, especially many in middle to higher management, do feel like they are working around the clock. Possibly those in on-call IT support positions do, too, for other or similar reasons. And, others, while aren’t necessarily working around the clock, do tend to meet with many different teams or groups around the world from the time they wake up until the time they sleep. Professionals in such jobs end up working all day, hoping they get a break in between meetings to catch up on work. In many cases, professionals in such positions are always playing catch up. And, certainly, don’t have the time or energy to read this article!

A Way to Avoid Preference of Any One Time Zone
To overcome time zone resentment in relation to this, I worked with teams on how to communicate this issue to the U.S. based team members. One of the most popular solutions to this problem was to have all the teams sit down and each site list out time frames they were available for the weekly meetings. Each week, on a rotating basis, a team would select their preferred meeting time, standardizing their meeting times. An example of such a set up is below.

A Solution For Scheduling During the Bi-Yearly Time Change
What the India team can do: Find out if your U.S. or international team members will be willing to meet at different times throughout the year. Maybe some days of the year, the U.S. team members will meet later, while at other times of the year, your India based team will meet later. There have been teams I have worked with in India who have successfully negotiated these schedule changes.

What the U.S. team can do: Talk to the international team members about the time change in advance. Ask them what experience they have with it and how it impacts their schedules. Especially for those working in newly formed dispersed teams, the team members in India may never have heard of the ‘time change’ or ‘changing the clocks’ before and not know how it impacts them. As the clock doesn’t change in India, they will have to meet you earlier (if fall back) or later (if spring forward). Test the waters to see their response and adjust the schedule accordingly. Note that teams in India may not be as upfront about their thoughts or feelings about things as American or other Western team members might. Speaking directly about things in many parts of India is considered rude, and the higher position you are perceived to be in the ruder they will feel they are being if they request a change. They may not also ask it in a direct fashion. It’s always good to try hard to read between the lines.

After thoughts on Time Zone Resentment
Can those working in the U.S. with only U.S. based clients or team members experience time zone resentment?

I believe that Americans who work between time zones can and do experience time zone resentment. One of the concerns team members in India voiced was the fact that EST was preferred over IST. Well, I tend to believe EST is preferred overall time zones even within the U.S. Wall Street opens and closes on the EST time schedule (it is in New York, after all). The opening bell is at 9:30am EST, which would be 3:30am Hawaii time, for example. There are even differences in prime-time TV schedules. For instance, primetime on the East Coast was 8pm-11pm, whereas here in Salt Lake City, most channels seem to start primetime shows at 7pm. Once I asked a transplant living in Salt Lake City what they thought about that, and they said, “Well, the middle of America is not given preference as compared to the East and West coast, what to do?” I guess he was experiencing time zone resentment, too!

Jennifer Kumar, works with global teams that lead and manage projects over multiple time zones. She has improved team communication, work effectiveness, and project outcomes through a few of her programs including Managing Client Expectations and Deliver Impressive Status Updates.