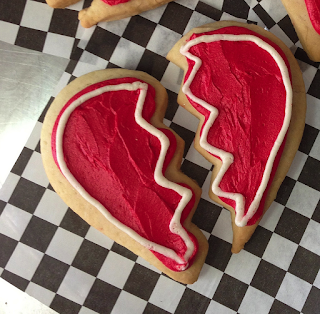 When Someone Hurts Us, Is it Possible Not to Take it Personally?

“I admire Americans because they can criticize each other’s work, but the next day still work together and go out to lunch together.”


This was something an Indian executive exclaimed when I asked the team, “What do you like about American work culture?”


The executive went on to say, “Here in India, we shy away from giving negative feedback even if it is about a work task because we don’t want to hurt someone else’s feelings. We know they will take it personally. If we criticize someone else’s work, I doubt I’d be able to eat lunch with that colleague for a long time…. We Indians take things very personally.”


While I am sure that there are always exceptions to every rule, meaning some Indians will not take things personally and there will be Americans who do take things personally (and can’t eat peacefully with their colleague the next day), in my experience working in Kerala, there were many instances where giving feedback [even] in a confidential setting that could be considered even a slight bit negative was frowned upon.

Many times in the training sessions, team members would bring up this topic and ask me tips for not being able to take things personally. Instead of answering this question, we’d have a group discussion on this to see what other’s ideas were on this topic. However, for purposes of this blog, I’d like to say one way I have learned not to take things [so] personally is by trying to see things from other person’s point of view. We call this empathy. I want to share an example of how I tried to apply this in my life recently. It was not a work related incident, but this kind of thing could happen at work.


The story goes as follows…. I was walking on the University of Utah campus to a class I was attending. A young man was pushing a cart on the sidewalk picking up placard signs. These signs look similar to the ones in the photo below. He was using a pushcart, like the one pictured below to transport the signs. When I approached him, he had two of the signs sitting on the top of the pushcart. He was going to pick up a third. He stopped on the corner next to a crosswalk to pick up the third sign. After folding the sign, he picked it up and tried to place it on top of the other two signs. But, the pushcart was unstable, and the whole thing fell over. I was crossing the crosswalk as this happened and thought to myself, “Should I help him?” 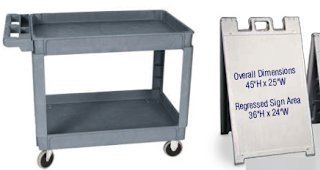 As I got closer to the pushcart, I smiled at him, instinctively held the signs on top of the cart, and asked, “Can I help you….. it may help it from falling….” Actually, as I was saying the second part (it may help it from falling), he was saying something to me. But since I was talking I couldn’t hear that clearly, and kept holding on to the cart as he was picking up the third sign. I looked at him again. His eyes were ablaze and he was scowling at me and retorted, “I got it.”


I suddenly felt horrible. I mean I was just trying to help him and why was he being so fowl with me? I said, “Sorry,” let go of the cart and signs and let him carry on. I thought to myself immediately that karma will fix this… but I was shaken that the time I tried to help someone, that person clearly did not want to have anything to do with it at all. His nasty look and tone of voice really bothered me, and actually, hurt me.


I was taking this personally.


But, was it worth it? I mean I do not even know this guy. But, we are both humans and why did he have to be so mean [to me]? Then, I thought of this corporate training session, and wondered, “How can I stop taking this so personally? It’s really not worth it.” Though I was upset…..

I can keep thinking of other things that he may have been thinking that led him to scowl at me. And, that scowl had nothing to do with me other than the fact I happened to be the person there at that moment he was acting fowl. Maybe later when he thought about how he acted, he could have felt bad. I do want to believe most people are good….


This still did continue to bother me a little. But the more I thought about it from his perspective, felt empathy for his situation (even if I was dreaming it up), the better I felt about it.


Can we do this for our own colleagues, counterparts and clients at work?


It’s possible, though I am sure the context differs from doing this exercise with a complete stranger like I did. Let me know if this kind of exercise works for you.


Related Posts:
The mask makes or breaks the man (a story in how we mask ourselves so others don’t see the real us)
Body Language in the US Office
Lessons from a module on Conflict Management
How to handle it when someone is always being negative