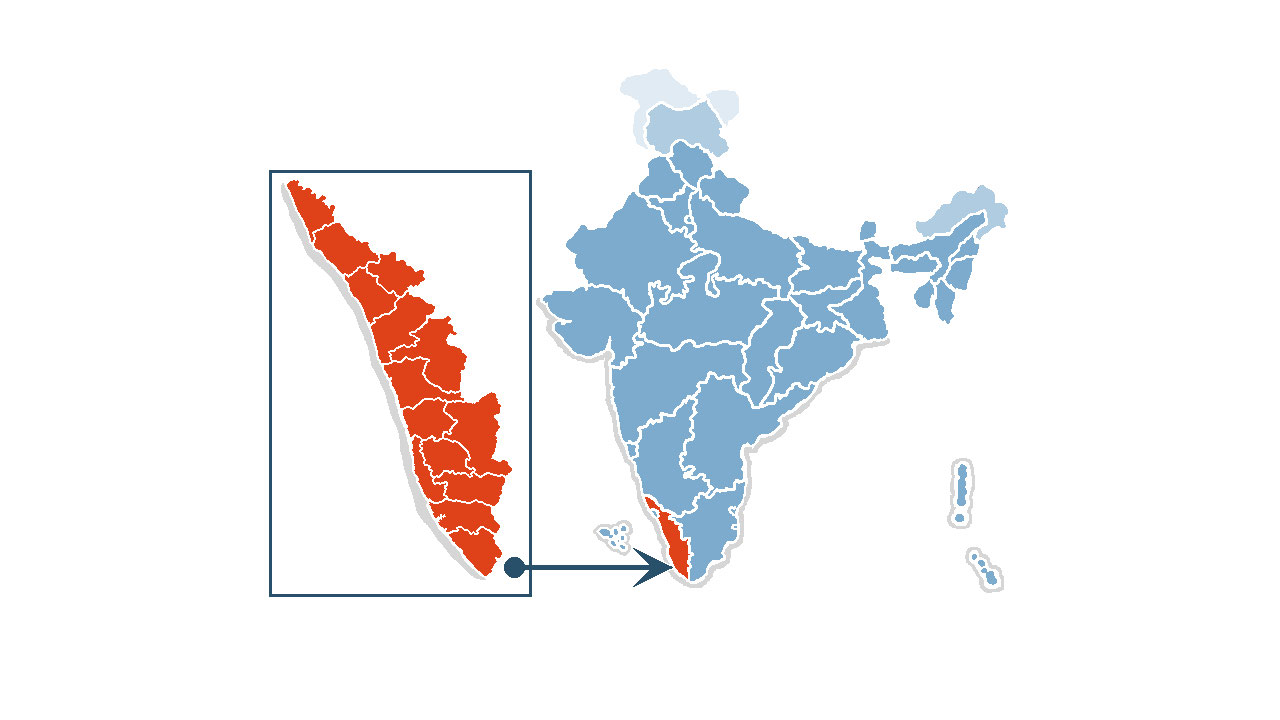 What is Kerala Piravi – Kerala Day

What is Kerala Piravi – Kerala Day?

Kerala Piravi (Kerala Day) is the birthday of the state of Kerala is Southwestern India. See the map to the right. The red highlighted section is Kerala State.

When was the birthdate of Kerala? 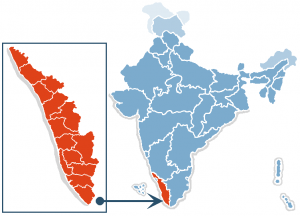 What is Kerala Piravi & Facts about Kerala

What was Kerala called before statehood day?

Between India’s independence (August 15, 1947) and Kerala statehood day, Kerala was divided into three regions – Malabar, Cochin and Travancore. Malabar was in the northern part of Kerala, while Cochin was in the center of Kerala, with Travancore at the far south of Kerala.

What word do we use to call a person from Kerala?

I have heard that a person from Kerala can be called a Keralite or a Malayalee. A Keralite (care – ah – light) is from the state of Kerala as well as a Malayalee or Malayali (pronounced the same – maal – ee- yaw- lee).

However, a Malayalee is a person who also speaks Malayalam. Typically and traditionally people from Kerala speak Malayalam, though nowadays there may be a small minority of people who are raised in Kerala who may not speak Malayalam as their mother tongue.

How do we wish someone on this day?

I have tried to twist my own tongue to wish you on this special day in Malayalam. Please forgive my horrible accent and the fact that I am pretty much reading off of a paper. Yes, I practiced, and yes, my clients helped me to draft this message (though they say I got it about 50% right with the limited Malayalam I initially drafted in it!) 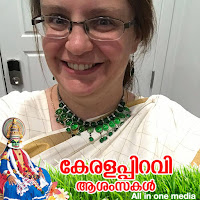 The photo above is of the author with a Facebook photo frame that reads Keralappiravi Ashamsakal in Malayalam. The person in the photo is the blog owner, and cross-cultural trainer, Jennifer Kumar.

See the end of the post for the Malayalam and English translations.

How is Kerala Day celebrated?

If it is a working day, people may go to work dressed up in traditional Kerala dress, like the Kerala sari or settu mundu for women, and dhoti and shirt for men. See pictures of Kerala outfits and other Kerala national symbols below. 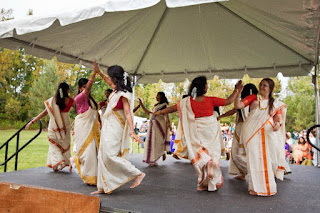 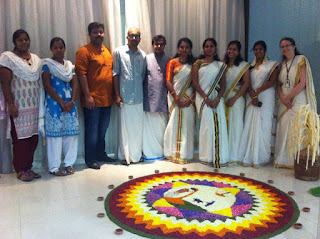 What is the difference between the settu mundu, sari, and dhoti?

One of the most interesting Malayalam games I have witnessed was played among adults. Adults were asked to introduce themselves, saying their name, where they grew up, the school and college they went to, as well as a few elements of their current life. The focus was to say the entire introduction in Malayalam, not using even one English word. Out of 10 people, all failed, because everyone said, “school.”

Why is Kerala Day celebrated?

Hopefully, by the time you have read this far, you have gathered the essential reasons for why Kerala Day (Kerala Piravi) is celebrated – to commemorate the bringing together of the Malabar, Cochin and Travancore areas of India into the independant state of India.

Is Kerala Day celebrated outside of Kerala or India?

Yes, it is commemorated or celebrated by Malayalees (people from Kerala) who live in other states of India as well as in other countries of the world. Especially in the Middle East (Kuwait, United Arab Emirates, Oman, etc.) where a large concentration of Keralites live, International and Indian schools will celebrate or commemorate this day.

How did Kerala get it’s name?

A note on Wikipedia states that KERA means coconut tree (one of the state symbols as noted below), and that ALAM means place in Malayalam. So, when we combine these words we get Keralam, or the place of coconut trees. Now a days you can hear people refer to this land as Keralam, but the use of the word Kerala is more common.

There are also other Hindu myths of the formation of the place which are easy to Google.

How do you pronounce Kerala?

What are symbols of Kerala? 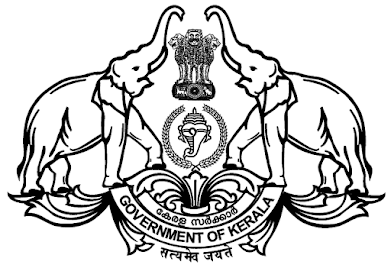 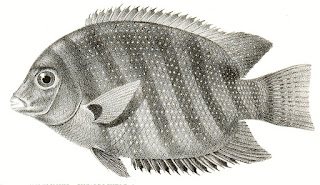 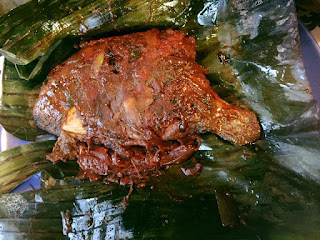 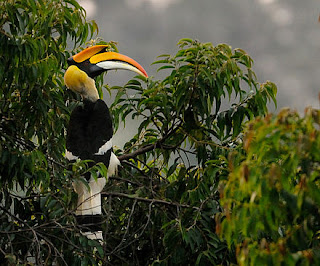 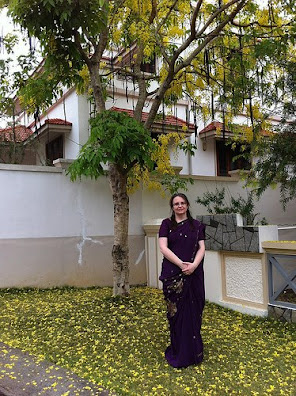 Kerala state flower: Kannikonna
Falling on the ground after Vishu 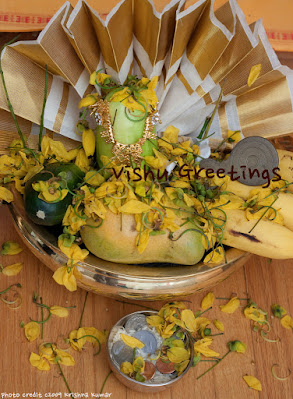 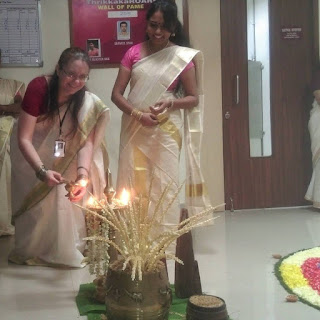 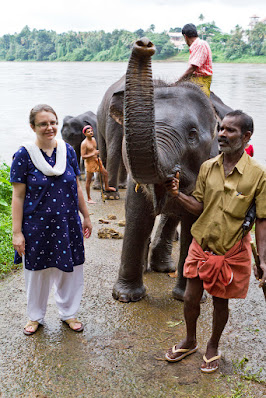 Fun fact: The state of Karnataka, which borders Kerala to the north also shares it’s foundation birth and birthday with Kerala. Karnataka Rajyotsava or Karnataka Formation Day was also on November 1, 1956.

What does Kerala Piravi mean in English?

Hello everyone, I am Jennifer Kumar. I am from Rochester New York, near to Niagara Falls. I know a little Malayalam. I do not speak good Malayalam. I really like Kerala. Everyone is friendly and I love Kerala meals. I especially like inji puli, sambaram, and pullisherri. Kerala Piravi Greetings to all!!

Author of this post, Jennifer Kumar was an expat living Kerala, India until 2017. She currently lives in Utah, USA. She provides leadership and cross-cultural business acumen training for professionals working in the software industry in India. Contact her here.