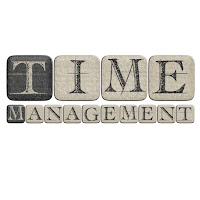 Are you guilty of using or overusing the following types of sentences?

The word ‘delay’ is commonly used in business communication in Kerala, India. To help you expand your vocabulary, let’s look at some synonyms for the word ‘delay’/’delayed.
Plain Word Exchanges for delay/delayed:

What words/phrases can replace “delay” in this sentence?
“Sorry for the delayed response.”
We can replace any of the “plain words” for delayed without changing the sentence at all.

Let’s look at this sentence, “I missed the mail, hence the delay.”
Unlike the previous sentence, we are unable to do a direct replacement. We can use some of the phrasal verbs or idioms as replacements for ‘delay,’ but only if we change the construction of the sentence.

Other sentences that are possible replacements:


Let’s look at the last sentence: “The P.O. has been approved. It was because of the holiday [in Bangalore] that the payment got delayed.”
Replacements/Rewrites could include:

The corporate jargon examples given; rolls in and MIA do not work as synonyms in the given example sentences. Let’s look at common sentences that could use these phrases:

While both of the sentences do not have a good tone, each sentence does have a slightly different tone. The first sentence, which I hope an American client never says about your Indian offshore team has the undertone that, “We can’t rely on Jennifer. She’s always late. Probably Jennifer is not a good team member, and doesn’t get things done on time. Most likely, even if Jennifer does do a good job, it doesn’t mater, because she’s always late for everything.”


The second sentence doesn’t necessarily mean Jennifer is always late. She could be late only today. Normally, she is always on time with meetings and deadlines, sometimes she is even early. Normally, she even would give a heads up or a warning if she is going to be late. Today she is MIA (missing in action), but should be back in the loop soon. When someone is MIA, there may be small talk about the person before the meeting starts with a tone of concern. Of course, there could be a case where a person is always MIA. Then this sentence would have a much more ominous tone than the first.


If you have any other suggestions on synonyms or replacements for the words delay or delayed, feel free to leave your feedback in the comments section below. Thank you for spending your time on this website!


Author, Jennifer Kumar builds your offshore development team, creating global power players who aren’t shy, and are able to create and continue inspiring and enriching conversations which grow your business.


Related:
Holidays are not standardized across locations in India
Idioms about time
Slang vs. buzzwords vs. corporate/industry jargon