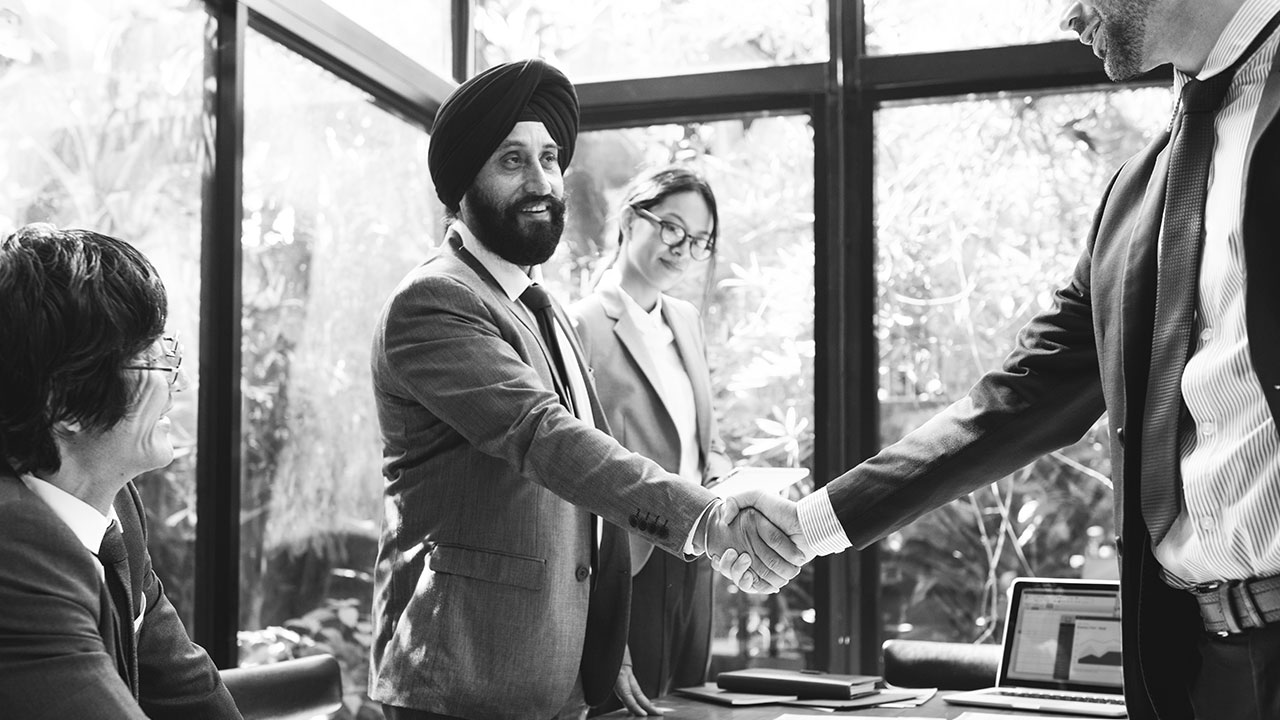 Build US Client Base (For Companies in India)

“Americans are more willing to take risks, more open to new ideas and may be willing to spend more money than in other markets.” Said by a CEO of a startup company in India, these are some of the reasons Indians prefer to do business with Americans over Canadians and even Europeans. Let’s take a look at a few tips that can help you to prepare and set a good first impression in business interactions with Americans.

4 Considerations During the First Days of Interacting with US Prospects

Build US Client Base: First Encounters

Business meetings do not have to happen in an office. Many high level sales deals may take place over a meal. Over dinner is the most common, while others may prefer lunch or even breakfast! Doing deals over happy hour is not as common. It is important to dress formally (as per the standards of your industry in the U.S.), be a few minutes early and be ready to speak about business. (Being late signifies irresponsibility and an indicator of future behavior, i.e. there will be no seriousness to deadlines. Even the best presentation will become nullified if the party delivering it is late.) Introductions include handshakes and possible exchange of business cards. Americans may not receive cards with two hands, and they may also write on them. If there is small talk, there would be a little before the meeting or more after business talks are over. Safe topics include the weather, your travel, sightseeing, traffic, and local events. Stay away from family, politics, religion, relationships. If you feel uncomfortable eating during a formal business meeting, don’t worry, most Americans do, too.

Build US Client Base: Customize Your Presentation

Come prepared to talk about facts and figures. Have a tablet or iPad loaded with a PowerPoint on it customized to the client’s needs. Look for areas where you can save the client time and money. Share how you have been able to do this for other similar clients. Tie your solutions to the client’s business outcomes. Understand how Americans view partnering with Indians in your field. Are they already aware of the big players? How does your company compare to big players from India or from other countries this company may have done business with in the past? Some may expect Indian partners to provide value at a lower cost than you are willing to accept. Counterbalance premiums with innovations, value adds and perks that others in the same space are not providing, but do be careful not to overpromise. Ask the client what are they looking for that would tip the scale. What are the advantages of doing business with companies from India as compared to local companies or companies from other countries that may be vying for the same tie up?

Build US Client Base: Know How to Bargain, Negotiate and Convince

Saying yes is taken literally in the US. Sometimes in India, saying “yes” is used as a listening cue. Clearly articulate exactly what is being agreed to. One of the false stereotypes of Americans is they are comfortable with direct disagreements or will come straight out and say no. Most of the time, saying no directly in the US is considered very rude. People will pad their no with a lot of positives before getting to the no. This can be difficult for people from many countries to understand. Watching the American television show Shark Tank will give many examples of this in action. (Shark Tank is an American show where entrepreneurs get venture funding, shown on Colors Infinity in India). While Americans may also not make as much personal small talk in business interactions, small talk comes up in other ways such as making small talk about work, business environments, giving feedback and other topics not always related directly to the topic at hand. Keep these viewpoints in mind, as they can later be used to negotiate on more emotional levels than pure facts and figures of a contract.

Build US Client Base: Contracts are Binding Agreements
US Americans often build business relationships and trust through a series of processes; some which happen before the partnership start (such as contracts), while processes provide structure and predictability during the engagement or work together. When contracts are part of the partnership, consider involving a lawyer. Preferably someone who is versed in US business, US law, and international law. Know the implications of signing a contract on US soil and how this impacts your business. Americans take the written word very seriously, and once something is signed, if any aspect of the contract is broken, the party that breaks the contract is held liable. Do not rush into signing anything. Always look at the fine print. Be careful about the words used. Once signed, terms and words are almost impossible to change. Before starting work, ensure there is a read through of the relevant areas of the contract with all parties involved doing the actual work on the ground. It is important they know the contract expectations so that no one is in default. How this is undertaken varies based on the roles and interactions between the global counterparts.

While keeping these few tips in mind should help you prepare for success in your high stakes meeting in the U.S., do also take the time to ask others who have been to the U.S. about their perspectives, lessons and dos and don’ts. May you have a successful and fruitful business experience in the U.S.

This article is written by Jennifer Kumar. Do not reprint without permission. She helps you and your team secure, build relationships, and retain US clients. Contact her for more information.