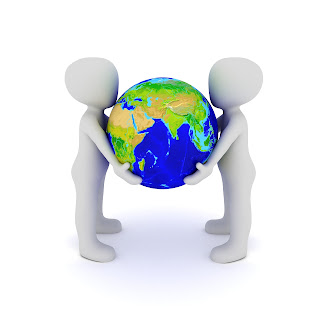 Cross-cultural empathy can take different forms. What if you have to manage two teams and both have totally different communication and interactive patterns? I recently read an article about a Mexican managing Dutch colleagues, and was reminded of a cross-cultural management seminar I had with Indian managers coordinating Indian and American counterparts. This case study highlights how to negotiate cross-cultural empathy while managing remote teams. Let’s take a look at an example.

An Indian manager came to Authentic Journeys for help negotiating feedback mechanisms on his global team. He reported having problems requesting to get things done from the American counterparts. While his Indian team members had no problem understanding him, his American counterparts often reacted coldly, with hesitation. To get a better picture of this, I was called in to observe a weekly status update meeting. During this meeting, the Indian manager had to request team members on the Indian as well as the US team to do specific tasks. While the Indian counterparts obliged, the Americans met the requests with cold hesitation just as the manager noted in the intake assessment. When reviewing the conversation and words being used, it was clear what the problem was.

The Indian managerial style of requesting to do something, a directive statement, is met with cold resistance by many Americans. Americans prefer requests to be delivered as questions, not as statements. For instance, if the Indian manager wanted the American colleague (Orin) to work along with the Indian team member (Suma), the request would have been worded like this:

Orin, kindly work along with Suma to complete this task.

When the request is a sentence ending in a full stop (period), Americans find this to be a command or a demand, not a request. Not only does it need to be formed into a question with a question mark at the end, but it needs to be quite a bit wordier. For example:

Orin, I understand you have a good track record with this kind of task. Your manager told me about how you mentored others on your team there in the Chicago office. I think that Suma could really benefit from your mentorship here. Could you please schedule a time to sit with her and review the material?

When I suggested these and other similar tweaks, the manager responded with stunned silence. After the initial shock wore off, I asked what he thought about this. He said,

I realized two things were happening at that moment (if not more). One was he had experienced cross-cultural empathy, and two, he was trying to negotiate how to apply this yet remain true to himself. After analyzing this a bit further, enacting a few more role plays and discussing a few more scenarios, he said he was ready to try it out for himself.  In his own way, in his own time, he was able to apply the solution. He is now able to more effectively communicate with a meeting of mixed cultures with more ease.

Cross-Cultural Empathy Example: “They Moved Away From Me, But Are Friendly!” An Indian’s Experience of First Impressions in the USA