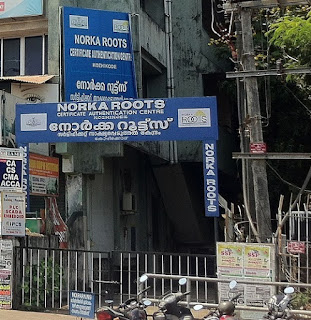 Who is an NRI or NRK? – How Indians Classify Life Abroad


What does NRI stand for?

The expansion of NRI is “Non-Resident Indian.” NRI is an abbreviation Indians in India and Indians living abroad use to describe any Indian who:

What is an NRK?
Similar to NRI, NR stands for Non-Resident. In this case, K stands for Keralite. A Keralite is an Indian who comes from the state of Kerala in southwestern India (a synonym for Keralite is Malayalee). Non-Resident Keralites are aplenty in the Gulf – the United Arab Emirates (UAE – Dubai), Oman (Muscat), Qatar (Doha), Bahrain, Saudi Arabia, and Kuwait. Although Kerala ranks #22 out of the 36 Indian states and Union Territories, in terms of area, Kerala boasts five international airports (Cochin, Trivandrum, Calicut, Aranmula, Kannur) to support the more than 2.5 million Kerala Gulf Diaspora living and working in the Gulf Cooperation Council (GCC) countries.

Do Indians from other states have an NR abbreviation?
As Indians identify their roots per each state, it’s possible there are NRKs from Karnataka or NRWBs from West Bengal, or others. I am not familiar with those abbreviations, but it’s possible they exist. More common however, may be the cultural associations for each Indian area or state abroad. For instance, in the U.S., Indians (or Americans that want to make Indian friends or learn about Indian regional cultures), can look for associations named after Indian states like, Orissa cultural association or Tamil Nadu cultural clubs. Also common are cultural groups named after a language group; such as Marathi Association or Telugu Association.

NORKA stands for Non-Resident Keralite Affairs. Also known as NORKA-Roots, this a department of the Government of Kerala formed on 6 December 1996 to redress the grievances of Non-Resident Keralites (NRKs). NORKA has 16 offices in India, 6 of which are not located in Kerala. The photo to the right is the NORKA office in Kozhikode (Calicut) India.

What does Pravasi mean?
This word is a Hindi word (could also be present in other Indian languages). Pravasi could mean either DIASPORA or EXPATRIATE. Pravasi is a word used all over India. There are also workshops, support groups and conferences for in the interest of pravasi groups. One of the most famous gatherings that happens in a different Indian metro once a year is the Pravasi Bharatiya Divas.

What [or who] is a Desi?
Desi is pronounced as day-see or day-shee (depending on where they are from in India). Desi and daisy are not pronounced the same! A desi is someone from the country or the land. Often NRIs refer to themselves as Desi. The term “Desi” is not restricted for Indians. A person from any of the South Asian countries, such as India, Pakistan, or Bangladesh can refer to themselves as a Desi.

Who is a Pardesi?
Pardesi is a Hindi word, commonly used in Bollywood songs. Pardesis could be people who are foreigners to India (an American expat living in India), a person from a different part of India (a person from Tamil Nadu living in Calcutta), or an Indian who has lived abroad or in a different state for some time. As this word is not so common as the others, the meanings for this word could be vague or outdated. Feel free to share any feedback in the comments section if desired. 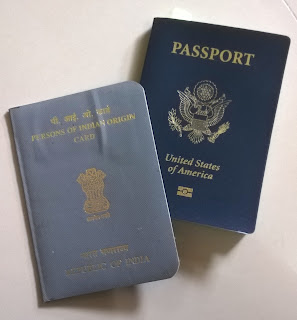 What are some of the achievements of NRIs in the USA?
Based on a 2014 study completed by the Pew Research Center, let’s see some facts about people with roots from South Asia and India in the U.S.

What other words or phrases have you come across or know about that refer to expat lifestyle in India? Share your feedback in the comments section. Thank you.

Jennifer Kumar, author of this post, is the Managing Director of Authentic Journeys. She runs a business between the U.S. and India helping virtual teams to bridge the culture gap. She is ready to help your team. Contact her for more information.

If you are an NRI visiting India, especially Kerala for a few weeks or a few months, and are looking for a custom made course to help you succeed working with people from the US, UK, Canada, Australia or New Zealand, contact us today.


Photos in this post, taken by Jennifer Kumar, blog owner.