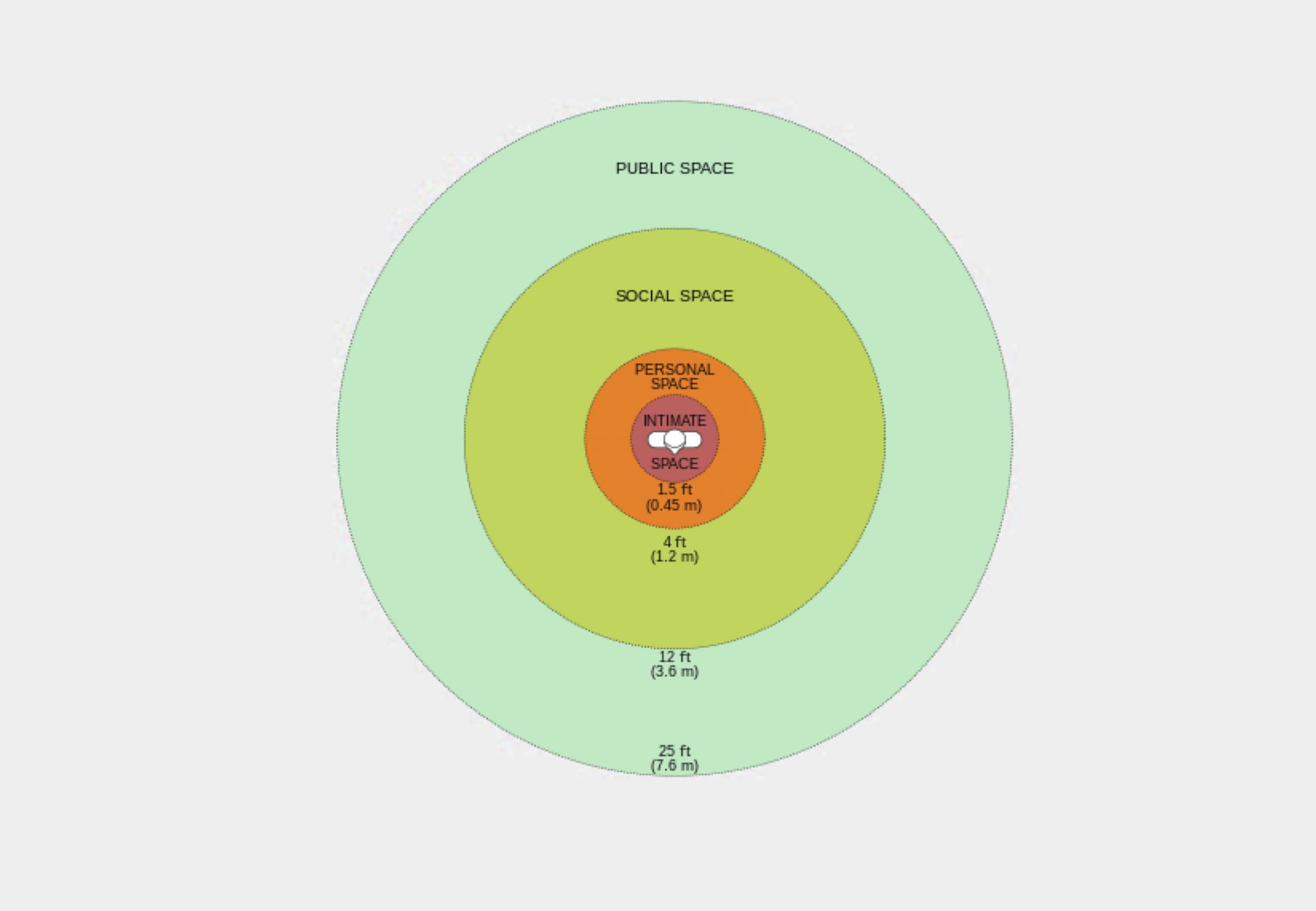 When looking for examples of cross-cultural empathy, there’s no need to look too far away when you have friends from different countries or friends that travel to foreign sites for work. When my Indian friend returned to India after three months of living and working in the U.S.A., I learned from an Indian’s viewpoint some tips that can help international assignees Negotiate Cultures When You are The Only Foreigner.


When we visit our client site abroad, we may be the only foreigner in the team. We may feel like a fish out of water on an international assignment. While being an expat can be rewarding, it can also be confusing. I’d like to share a story of my Indian friend who went to work for three months in the U.S. and how a simple cross-cultural encounter led to real cross-cultural empathy and personal growth. 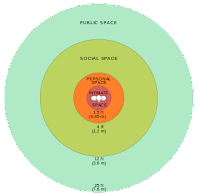 Proxemics is the study of personal
space. Image credit: Wikipdeia.

My Indian friend spent three months working on a small American team in rural Wisconsin. My friend is the most outgoing, social and happy person you can ever meet. She can get along with anyone, and everyone loves her. She has a magnetic personality. She is not an introvert, but doesn’t overshadow others, either. I knew she’d do well abroad, as she can mix up with anyone. So, when she returned to India, I was excited to learn about her experiences. When I asked her about how her stay in the US was, she said, “It was awesome! I can’t wait to go back. But, I learned something very interesting about Americans. While Americans asked me if we Indians dance at work, maybe because they saw one [too many] Bollywood movies, I quickly learned in the first hour at being in the office, that Americans dance at work!”

Her answer will stay with me forever. “Well, the first day I came to work and had to meet everyone, we had to shake hands, right? Just after introducing themselves to me, they would take a step back. I would step forward into them, and they’d step back. Again, I’d step toward them, they’d step back. I did not know what was going on! Did they not like me? Or maybe….. I did not shower that day…” she trailed off.

“So, what was it?” I asked, with curiosity piqued.

“Well, I did not know at first. Typically, in India after handshakes we step in to the other person to speak. But, no one did this in the office I was in in Wisconsin. Many took a step back, and we danced around the office all day like this.” she smiled, as she continued, “At first, I was upset. Because in India, if someone steps away, they probably don’t like us. So, I took it personally. I was hurt. The first day I went home and wondered how I can stay in the US for three months. The first day itself, I wanted to go home.”

“So, what did you do? How did you overcome this?” I asked.


“They Moved Away From Me, But Are Friendly!” An Indian’s Experience of Personal Space in US Offices

“I realized that night when I was thinking about it, that this moving back happened with everyone I met, not just one person. Maybe it was how Americans were. Maybe it was how this team of people were. I thought I can’t take it personally until I have more information. The next day I went to work and just observed people. I noticed that in their initial interaction, saying hi or good morning, they stood a little closer, then moved back after the initial greeting. It was strange to me, their personal space was so large. In India, two or three people could easily stand in between any two people in that American office. But, it seemed this is just how they were. This was their comfort zone. And, this personal space bubble came up as a problem for me in many other areas as well, but as soon as I noticed it was just their normal behavior, I had to learn to accept it. Sure, it still made me feel bad, because as an Indian we prefer to stand closer to those we like, but I also noticed my colleagues were all friendly, wishing me a good morning and taking me out to lunch, so I realized they must like me!”

And, who wouldn’t like you, I thought. Everyone likes you! And, that was how my Indian friend who worked on assignment in the US learned cross-cultural empathy. What a story, right?

Jennifer Kumar helps Indian offshore and American onsite teams communicate with clarity across global borders. Sessions on small talk and expat preparation have been given to over 1,000 international professionals. Contact us for more information today!