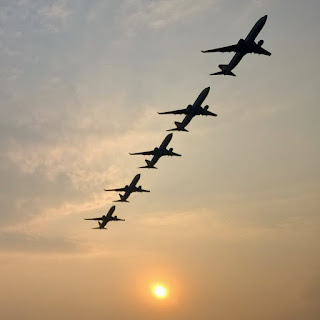 10 Things NOT To Do When Flying


Air travel has become very common but unfortunately the habits followed in buses and trains are carried forward to air travel. There are some mannerisms we observe among travelers, sometimes we ourselves might be party to it. Here’s my list of 10 habits we should avoid, right from our next flight.

1. Arriving late and fighting with counter staff:
There’re some pre-defined and well known cut off time as to how late passengers can be issued a boarding pass at check in counter. Factor this time, factor for traffic jams and keep some buffer while planning your airport transfer. You can save some time if you do web check-in etc- Make use of that. All airlines have SMS/App alert facilities for delays – make use of that. Arriving late and fighting with counter staff to let you in is not right. Some airlines like Air India are introducing policy to penalize ground staff who cause delays. It is not fair on rest of the 300 passengers to wait for few who came very late. Reach airport on time. 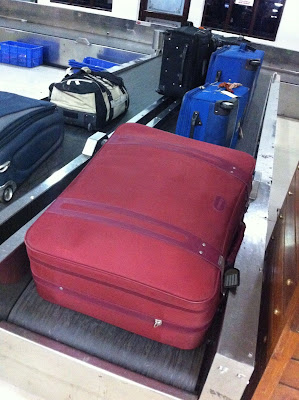 2. Fighting with counter staff over excess luggage:
You want cheap ticket and want to carry your world with you- at no extra cost. Your ticket has clear definition of allowed baggage weights and limitations. Please comply with that. Most budget airlines subsidise tickets and charge extra for check in baggage- this way, those who travel light can pay less and only those who have extra bags can pay for it.  While buying cheap ticket, keep in mind luggage limitations and luggage cost- sometimes a 20kg check in Bag could cost as much as what you paid for your cheap tickets. I don’t think we can blame airlines for setting weight limits or charging extra for bags. (When DGCA forced Air Asia to give 15kg free check-in baggage, they simply increased fares factoring this cost. Now even those who have no check in bag will have to pay more for tickets). You should do some planning such that items can be distributed optimally  between check-in bag vs hand bag or between other passengers who are traveling with you. Many European airlines have trained their staff about Indian passenger’s overweight bags and ignore small variance from prescribed limits, purely with an objective of avoiding a scene at the counter. Only when weight excess is too much they raise a concern and ask for extra payment. I think it is fair that we comply to the limits.

3. Arguing with security over banned items:
Pay attention to what’s allowed in a hand baggage and what is not.  Move such items to check in baggage or don’t carry at all. Security staff won’t care how expensive it is or how harmless its- if it is a banned item, it will not be allowed inside. 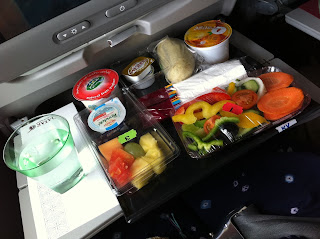 4. Not pre-ordering your meals:
This is not mandatory, but if you have specific preferences, pre-order it so that airline can plan for it. Otherwise, be prepared for situations where items of your choice are no longer available. Many airlines give some discounts for advance bookings of meals. Airline cannot predict likes and dislikes of all passengers and can’t carry enough number of every item on the menu, due to space, cost and other constraints. (or sometimes they are lazy- that is separate story). Arguing with cabin crew at 30000 ft won’t help.

5. Standing in queue several minutes before boarding is announced:
What are you gaining by this? You don’t have to reserve a seat by boarding the aircraft early- your seats are decided, there is no risk that late comers will have to stand during the flight. You don’t reach early just because you boarded early. What practical benefit you will get by standing in queue way before boarding is announced and impatiently waiting to cross the gate? Only benefit I see that you might get luggage space right on top of your head if you move in early, else you may have to keep it little away. Is that worth all the trouble? Why not simply relax on the chairs till the boarding opens? 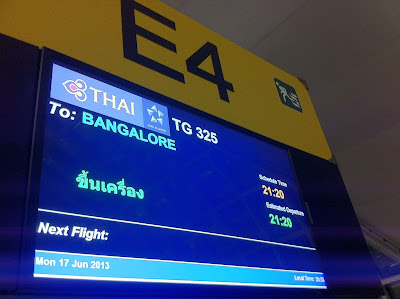 6. Not honoring boarding sequence:
Some airlines board people row wise (like row 20-30 first, 10-20 next etc), hoping this will streamline people movement and facilitate faster boarding. This sequence is well planned such that boarding is quicker and less chaotic. Not respecting this announcement will only create more chaos on the crowded aisles. Follow the instruction and go to the gate only when your row is called out. 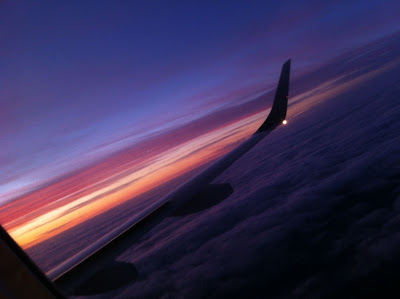 7. Shouting at ground staff for delay:
Airline staff who man the gate do not have any control/influence on arrival and departure of aircrafts. At best they can communicate information they have. Shouting at them for delay in boarding will not help in any way. An aircraft shuttles several cities in a day (domestic) and sometimes delays are not possible to avoid. Be mentally prepared for some delays- carry a book or something to keep you occupied.

8. Packing things not meant to be taken off aircraft:
Airlines often provide stuff like in flight magazines, earphones, pillows etc for the comfort and convenience of the guests. These are meant to be used during the journey and left behind, but some passengers make it a habit to pack them into their hand bags while leaving the plane- effectively stealing things. It is impossible for crew to keep an eye and prevent this from happening, but doesn’t sound good on traveling community to steal. Some earphones are specially designed with multiple pins such that they can’t be used outside the aircraft (it won’t fit into traditional players). There were instances where hotels have complained about missing blankets and bedsheets- which airport officials managed to confiscate from the luggage of passengers. Stop doing this. 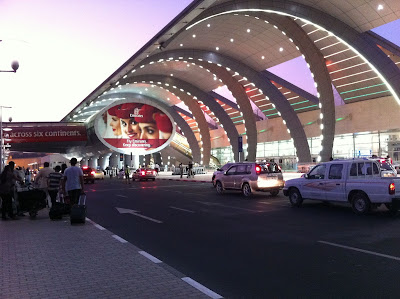 9. Getting up as soon as plane stops taxing:
Again doesn’t really help.
– Your check in baggage won’t arrive on priority because you jumped out of the craft first
– The ground transportation will wait for the bus to be filled before moving, so at best you might get a seat, but will still have to wait
– Even if you stand up, you will still have to wait as everyone else also have stood up and crowded the aisle long before aircraft doors are open
Why not relax in your seat for few more minutes?

10. Being restless at luggage belt:
All the time you saved by queuing up early, standing up before landing, rushing through the gate and sundry other things are effectively nullified by late arrival of your checked in baggage at the conveyor belt. Probability of your bag arriving last is directly proportional to how hurried and impatient you are. Being restless here again won’t help. Grab a book and read some pages while the bag arrives, or go refresh yourselves at the restroom, or buy a scheme that gets your bag out on priority. 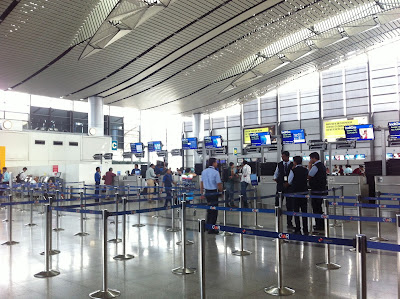 Next time you’re traveling by air, remember below golden points

· If you  have a boarding pass in hand, your seat is confirmed, so there’s no need to go early and reserve a seat
· Do not worry about cabin luggage space. Crew will make some provision for you if you don’t find space.
· Boarding early doesn’t mean you will reach early
· Once you have boarding pass, plane will not depart without you. Even if you fall asleep some announcements will be made and they will take you in. So don’t waste time and energy standing in super long boarding queues.
· Lot of things are not in the control of ground staff. Arguing with them and cursing them will not be of any good. Airline is a complex operation. Respect the rules and guidelines laid out. If there’re some small delays, please be patient. But if you’re facing issues again and again, then avoid flying that airline. Fighting with helpless ground staff won’t get you anywhere.
· Stop being a petty thief.
Did I miss anything? Do you agree with above observations? Share your thoughts.

Author Shrinidhi Hande works as a Business Analyst with an MNC. In his free time, he pursues blogging as a hobby and passion. He currently lives in Chennai, India. Follow his blog at eNidhi. (Reprinted with permission, and without major changes or edits to text.)

Owner of this blog, Jennifer Kumar, offers expat preparation programs for your teams before they leave for the US or coaching to work with ease from offshore. Browse the program links or contact her for more information.

Photo credits: Airplanes in the sky: Krishna Kumar. All others, Jennifer Kumar.

Related Posts:
Packing your suitcase to the US
Fly to Utah and experience cycling in Moab or St. George (ESL podcasts to test your listening comprehension)