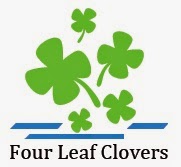 Friday the 13th – Are Americans Superstitious?

This is a question many Indians ask me in the US cross-cultural training programs – “Are Americans superstitious?”

Today on the ‘unlucky’ day of Friday the 13th, I share 13 American superstitions that I grew up with in the US.

Some of the superstitions in the US include:

#7 – Lucky Number 7
Why 7? No idea, but we somehow thought the number 7 was lucky. I think there are even casino games that pay big if you get a triple seven.

Rabbit’s Foot
When I was a kid, I had a rabbit foot that I carried around. I used to wish for good things whenever I touched it. Yes, it was a real rabbit’s foot. I am not sure why it’s lucky to have it and wish on it, and actually think it’s kind of weird, now that I think back on it! Some people even hang a rabbit’s foot from their car’s rearview mirror.

#13 &  Friday the 13th
I think the background of the number #13 comes from the Bible, but honestly, I am not sure. All I know that is in my life, we avoided 13 of anything. Well, I take that back – the only time 13 was lucky was in a ‘baker’s dozen,’ which I think meant 13 of some baked good instead of 12. (You get a freebie.). Many tall office buildings may skip a 13th floor (but really, it’s still there, isn’t it?), while Friday the 13th combined is often avoided. There were actually some very scary horror movies titled Friday the 13th that were about bad luck.

Black Cats
Black cats are a symbol of Halloween. I am not really sure why black cats are unlucky, it could have to do with witches having black cats. It is said if one sees a black cat, it should avoid it at all costs. I don’t personally believe in this!

Broken Mirror
When I was growing up, I was told that if you break a mirror you had to wait 7 days or 7 years to rectify it, I forget which. You were supposed to be extra careful for seven days after breaking a mirror to cure the curse of a broken mirror. Though I never thought about it before, it’s interesting that to cure a bad superstition (broken mirror) you use a “good” superstition (number 7). I was always super afraid that a mirror would break when I was looking into it. I have only broken a mirror once in my life, by dropping it. Yes, I was a bit scared for 7 days. I know it’s ridiculous, but, when you grow up hearing it, it does come to mind no matter how silly or irrelevant you think it is at times!

Cross Your Fingers
If you want good luck, like before taking a test or giving a presentation, you should cross your fingers. Actually, also before going onstage, people will say ‘break a leg’. No, it doesn’t mean to actually break your leg. I think it’s a weird reverse psychology that is used to give you good luck in hopes that everything goes better than you expect!

Four leaf clovers are related to St. Patrick’s Day, but many Americans (at least where I grew up), felt four leaf clovers were good luck and a good omen any time of the year.

Horoscopes & Psychics
Newspapers from sea to shining sea in the US have a horoscope column. We used to read it, yes occasionally, I still do. Now a days, though I am amazed how tailored the horoscopes are to the readership of a magazine or publication. For instance, in a financial magazine, the horoscope will talk about money, and in a women’s magazine it may talk about relationships or family life.

Knock on Wood
I have no idea of why we say and then knock on wood to wish someone luck, but we do. So, if someone was about to do something and was nervous about it, one would exclaim, “Knock on wood,” while proceeding to find something wooden and knock on it!

No Open Umbrellas Inside
I don’t know what will really happen if an umbrella is open inside the house except maybe the floor will get wet and it will have to be cleaned if coming in from the rain! Yet, many fear having an open umbrella in the house. Many may not even keep umbrellas open to dry, as you may see in Indian offices.

Walking Under a Ladder
I never walk under a ladder. It’s not because of superstition, but out of practicality. I believe if I do, I could harm whoever is on the ladder by scaring them, or if I make a mistake, I could hit the ladder, and they would fall down. I do not know why this is bad luck, but it seems only like common sense to me not to do it! Maybe to make people follow common sense, they attached a superstition to it to make people feel guilty!

I forget where wishbones come from, but a wishbone looks like in the image to the right. If one had a wishbone, they would have to break it, and I think, but not sure, the person with the larger break had good luck while the other person had bad luck. I think those I used to break as a kid gave me bad luck, and the situation was so traumatic for me, I gave up this superstition altogether!


Wishing Well
Many malls, shopping centers or outdoor parks in the US have water fountains. In these fountains, people throw coins and make a wish. Beware, if you see money in the fountain, do not take it out, you could get in trouble from the law if you do!


What I think is true in the US is many people follow superstitions without knowing why, but doing it only because they heard their parents or friends tell them it’s unlucky, and not to do it. I am also guilty of this. I am sharing only real-life experiences of the superstitions above. I’m interested to hear about superstitions you have – American superstitions not noted here or superstitions from other countries, as well. Thank you for reading!

Jennifer Kumar introduces India based, US facing teams about the holidays and American culture. Context building is good for everyone. Contact her today at authenticourneys.info.

~This post is part of “Questions about American Culture” – a part of the US Corporate Culture Training for Offshore Professionals. At the beginning and end of the training participants ask any question they have about living in the US as an expat. While some questions are answered on the spot, some will be followed up outside of the session, such as this one.