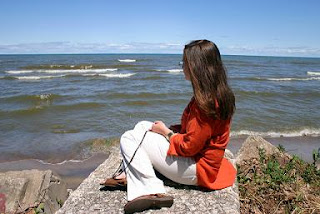 Five Things I Miss About America


I moved from the US to live in India for a second time in early 2011. A few months after moving to Kochi in the southwestern state of Kerala, like any expat, I started feeling homesick. Below I share a few things I missed about my country (and still do).M

y Family and Friends.
Believe it or not, Americans do have close ties with their family. All being said and done it’s your family that understands you better than anyone else. In U.S., I lived about 2 hours drive from my family. Though I couldn’t see them every day, it was easy for me to jump in a car and drive myself to see them.

I have come to Kochi from Rochester. I lived in Rochester more than six years. This was the longest I lived in one house/town since the time I was born until I was 8. I was able to establish as they say in the U.S., “a supportive network of friends and colleagues.” It took time. It took me about three or four years to really feel like Rochester was home. It took that much time to be known in professional circles and build a good reputation for myself. It took about that long for me to turn acquaintances into true-blue friends. I have moved a dozen (12) times in my life and no matter the length of stay in any one place, I can say I have been blessed with finding and making one or more really close friends. This happened also in Rochester. We had a tight-knit group of friends that celebrated American and Indian holidays and holy-days together. The last two years have been especially fond. Though I miss everyone dearly, the irony is the confidence built from making these friendships make it easier for me to leave and know that I will remain their friend though we are parted and that I can make new friends again here in Kochi. I have to keep reminding myself, though, it will take time.

Hangout Places
There are particular hangout places that we really enjoyed in and around Rochester. State Parks and County Parks such as Canandaigua Lake park (we had a particular tree there we especially liked to sit under) would be fondly missed along with the regular season trips to different waterfalls around the Central New York region. Chain restaurants would be missed for their convenience and drive thru, while privately run restaurants serving ethnic foods (Thai, Japanese, Middle Eastern, Italian, Mexican, Chinese, Ethiopian, etc.) would be missed for taste variety and ambiance. We would also miss our favorite grocery store – which starts with the letter W (if you’re from upstate New York, you will know what I am talking about), and our favorite hangouts like bookstores and libraries. Again, moving to another country means things will be different and we need to adjust our mindset and expectations. Though these things would be available in India, they would not be available or as ‘easy to access’ especially initially as they were in the U.S.Habits
When we move to another place, people behave differently. It takes us time to get used to the new behavior and also decide if we ourselves want to adapt or not. Some of the behaviors I knew I would miss (since I was familiar with India), were the ritualistic greetings (Hi How are you? Maybe we don’t mean it really, but isn’t that what ritual is all about?), aspect of time and what it means to be ‘on time’, washing dishes (preparing myself for not having a dishwasher), time it takes to wash and dry clothes (In the US, I can wash and dry a large load in about 2-3 hours, while in India it takes about 2 hours for the wash to complete the cycle then it needs to be hung to dry as there are no dryers. Boy, would I miss the dryer-fresh feel and aromas!), time it takes to prepare meals (In the US preparation time is cut dramatically because of all the semi-readymade and frozen ingredients and pre-washed, sorted, sliced/diced, ready-to-use produce items), and other daily life tasks that I knew would take longer in India than in the U.S.

Language
Yes, say I am a hypocrite and I’d agree. Language and easy ways of speaking and talking in the US would be in the past in moving to India. Yes, people do speak English, but I have to learn and adopt a new accent with new words to be understood. Maybe I would also learn a local language (Malayalam). Language is the biggest part of really adapting to a culture. Yes, we can observe and adapt behaviors, but it is only through language we can talk to locals and make authentic friends and learn the culture on a deeper level. Though I had many Indian friends in Rochester, including plenty from Kerala, talking to Indians in the U.S. is not always the same experience as talking to Indians in India. This is especially true if the person has never been exposed to foreigners or life abroad. This is also true of Indians moving to the U.S. too, or anyone moving to the US.

Food is another important part of life. Food is life! Though I love Indian vegetarian food, I do like other ethnic cuisines which were more easily available in Rochester. I also know about the availability of certain ingredients and which stores to get them in Rochester. I would not know that in Kochi. As with any new place, it’s an adventure to find everything new and learn where to get what (and the price tag, too!). Would I miss American food? Yes. Though I lived in India before for two years and had American food maybe five times because it simply wasn’t available, I was a different person then. My tastes have changed since those days and I prefer a wider variety of foods and different tastes. I knew that would be something I would miss. Things I assumed to be hard to find would be different kinds of cheeses, noodles, macaroni and cheese, salsa (readymade, I can get all the fresh ingredients to make it myself), sour cream, ready-to-drink homogenized milk, a wide variety of breakfast cereals and breads, and readymade vegetarian foods (veggie burgers, veggie breakfast products etc).

So, to sum up, yes I miss some things about America: family, friends, hangout places, habits, language and food. In my years of asking people this question, “What do you miss about your country?” I have received pretty much the same answers I am giving here with one exception. Generally people would not answer “habits” of course. Instead, they would tell me the exact behaviors they find different and hard to adjust to or understand.

In addition to identifying the things we miss or will miss in preparation for moving to a new city or country, it’s important to couple this exercising with preparing our mindset for the change so the culture shock will be delayed or diminished. I will talk about that in part two of this article.

Author, Jennifer Kumar is a US citizen who has lived in India for 10 years. To get in touch with her for your US-India cross-cultural training needs, feel free to get in touch.

Related Posts:
From USA to India (My first time living in India as a student.)
Outsourced to India series of articles, tips, advice

Photo by: Krishna Kumar, used with permission. Do not reprint.
==article concluded===