Soft- Skills Training Needs for IT Teams in India 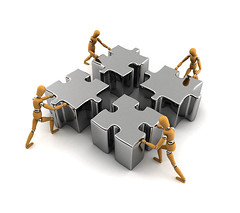 Soft-skills training and development became a hot topic in India since the early 2000s when outsourcing, offshoring, BPOs, and call centers were all the rage. In his paper entitled Soft-skills Training and Cultural Sensitization of Indian BPO workers: A Qualitative Study, Ramesh Subramaniam says that new hires in BPOs and call centers in Bangalore in the mid 2000s were given up to 90 days of soft skill training to fill in the gaps and also to sensitize the workers to a foreign culture.


Though this study focused on a particular company based in Bangalore, it can be said that other companies may have similar policies on training. From my experience in Kochi, India, the key difference between now and the mid 2000s is that there is less focus on accent reduction (although this continues to be a problem) and more emphasis on clear communication, presentation skills, email skills and cross-cultural competence. This study also covered several topics about the training programs including how they were delivered, who delivered them, and in special cases, who received the training.

Being a ‘soft-skills’ trainer, many ask me to define soft-skills. Soft-skills is a common term in India. In the U.S., we may call ‘soft-skills’ by other terms, such as social skills, customer service skills, etiquette training, public speaking skills, and so on. Soft-skills in the Indian sense encompasses all those topics along with other topics such as accent reduction, cross-cultural training, cross-cultural communication, global English, problem solving skills, time management, motivation, leadership, e-mail, and phone etiquette, among others. One can say that soft-skills encompass the aspects of the job that are not ‘hard-skills.’ At the same time, ‘soft-skills’ are critical to carry out the hard skills within an organization and with customers, clients, and stakeholders.

How are soft-skills taught?
Soft-skills classes in Indian firms are generally given in big classroom settings, with minimal one on one coaching. The idea is to get as many through the program as possible. Here large numbers look impressive. However, this training, which is also looked upon as coaching for personal development, would be much more productive if it is delivered and retained in smaller group settings (under 20) or ideally in one-on-one settings.

According to Mr. Subramaniam, in the company featured in his study, soft-skills training was typically delivered in various stages:

The training was often delivered in large groups for the first three sections. The last stage was within months after the training as managers and employees themselves notice their strengths, challenges, improvements, and shortcomings. Based on their shortcomings, more training may have been assigned in groups or in individual settings. In cases where verbal (or even, possibly, written) communication was a problem, snippets of the communication was given to a trainer to analyze and provide feedback on the steps for improvement. Based on what had to be improved, it was undertaken in small groups (if others had similar issues) or in one-on-one sessions. In most cases, individual sessions were more productive, as the employee didn’t feel nervous or shy to complete the challenging articulation exercises in front of others (among the other self-confidence and personal issues that may arise from personal development work such as language learning). In other cases, individual sessions were mixed and mingled with group work as the client’s need dictated.

Personal issues that arise are many and few are documented. In the article, Mr. Subramaniam quotes De as saying, “The strain of assuming foreign accents not to mention personalities for long periods causes everything from sore throats to personality disorders.” This is meaningful information and as a trained coach and social worker with years of experience in coaching and counseling people with cross-cultural identity concerns and other mental and emotional challenges, I am not surprised. Balancing professional and personal life becomes even more pertinent and meaningful when the professional life requires one to adapt another culture, language, personality, and mannerism day in and day out. This is an issue that a language trainer on his/her own is unequipped to handle in most cases, but, can be better handled by someone who can teach both articulation and coach through the emotional concerns that arise due to managing multiple identities.

Who is assigned to teach these sessions?
Companies could utilize internally hired trainers or external trainers. There were pros and cons in utilizing either of them. In cases where a foreign culture had to be taught, most companies preferred to hire a native from that country as they were the best to give the employees first hand knowledge of the culture and language patterns.


Conclusions and recommendations
In this study, one learns about the process of hiring and training Indian workers in call centers and BPOs based on the information provided by one company. Having interacted with a few companies in Kochi, a city southwest of Bangalore, I noticed that the processes vary slightly based on the company. While it appears that the market is saturated for this kind of training in Bangalore, it seems to be evolving in Kochi.

While in-person delivery by natives from the culture is preferred in a majority of cases, e-learning, teleconference, and webinars are gaining ground. Though corporates are exposed to these alternative forms of training, the Indian culture values face-to-face in-person interaction. Another idea that is gaining ground is that local Indians with more experience abroad become trained in a cross-cultural pre-departure program and then deliver that to their employees to avoid the costs of flying in and accommodating foreigners in five star hotels. Foreigners living as expats in India (such as this author) who deliver such trainings are the best bet, especially if they are charging lower rates than foreign based trainers.

In general, companies still prefer to train in big bulky sessions, where personal interaction from the trainer may not be as easy. However, it’s noted that of late, companies in and around Kochi that this author has talked to have started taking interest in smaller group sessions or individual sessions for key employees. These one-on-one or small group (three and under) sessions are often requested for particular employees who require additional, specialized coaching.

Some topics covered in these sessions include:

It is imperative that companies that employee local Indians who must communicate with clients, stakeholders, and customers abroad, continue to attend cross-cultural training. Though American media may be readily available on Indian cable, Hollywood cannot be used as a cross-cultural understanding tool on it’s own without understanding the American values and mindset that motivate the behaviors. The training is not about ‘Americanizing’ but learning how to relate better to Americans to create better long lasting relationships. Instead of seeing cross-cultural training as a threat to one’s identity, it should be seen as a learning tool, just like other tools that can help one succeed in the cross-cultural workplace.


(All italicized quotes are from the paper Soft-skills Training and Cultural Sensitization of Indian BPO workers: A Qualitative Study, by Ramesh Subramaniam. A paper presented by International Information Management Association, Volume 5, Issue 2, 2005.)

Chris Sufi is a freelance editor who lives in Bangalore, India. Her personal interest in language and communication inspires her to contribute through proofreading and editing.