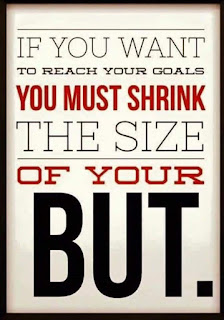 Creating More Positive Messages: No BUTs About It!

The
most recent demo to the client went well, but we were not able to
convince the US client why the additional feature was not required.


While this opening statement could be a more common way to give ‘negative feedback’ in some teams in India, and motivate teams to work harder or do something different next time, this same sentence to an American would be remembered as negative and as though someone made a mistake. The American would not believe the client demo went well at all because the client was not convinced about why the additional feature was not needed. The American may get demotivated. However, it if was reworded differently, we may have a better chance to motivate the  American to respond differently.

For most people, especially in the US, the words before but would be positive, and the words after but, negative. Or, whatever said after but totally negates any positivity in the beginning of the message.

Interestingly, when I used to talk about this topic in India, many Indians I coached, said they felt this was a pleasant and team building way to give ‘constructive criticism.’ Having myself worked in India for close to 10 years, I do see this is a valid point. And, had received messages like this which I had to read between the lines to decifer.

However, if you are in India working on a project team with Americans all the hard work you would have put into your positive message (which Americans LOVE) would be negated, reduced or nullified if a ‘but’ comes into the conversation. There are ways to still get the message out without the ‘but.’ Yes, the tone difference may be hard to detect if you aren’t used to it, but Americans know! Let’s see how to do this in this post!

Replace BUT with Other Words or Phrases
Use phrases so, because, instead, and or this is why instead of but


Break It Into Two Sentences:


Example 1: (Note that “but” has been dropped altogether.)
I couldn’t finish the call as the connection was bad. We have rescheduled the call for tomorrow.


Example 2:
The raise couldn’t be given to three employees. Instead, it will be given as a one time annual bonus.

Additional Examples:
With but: I received the client’s meeting invite, but had to decline it.

Without but: I received the client’s meeting invite. I had to decline it.

Summarize and/or Restructure
Example 3:
Alternate: Elizabeth will come in Saturday to make up the time she is missing today.


What are your thoughts on the replacements?

Changing how we speak is not easy. Some of us even get defensive about it because our speech identifies who we are, and to change that changes our very being. I do appreciate and empathize with this viewpoint. It can cause mental anguish and even feel like a part of us is being threatened to change our communication style. In this case, we must think about the bigger picture. How do we want others to remember us? What do we want our legacy to be? If we prefer to be remembered as open minded, compassionate, inclusive and understanding, this plus many other communication techniques can help us to achieve this. As we evolve our communication style, we naturally become more at ease with ourselves and the world around us.


Jennifer Kumar is a corporate coach helping professions with an average of 10 years of experience learn to command English better across global borders via email or in virtual meetings. Contact her today to learn more.

Related Posts:
Finding Peace with a Difficult Situation
How to talk about accomplishments