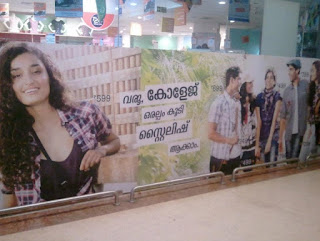 How NRI Children Find Adjustment to Life in India Difficult


What Problems Will My Child Face in Adjusting Back to Indian Culture?

Families may get opportunities to move back to India to areas they never lived in before. This means that the local language may not be their mother tongue. Considering the social interaction of the children at the school, the main language while hanging out would be the local language even if it is an English medium school. Some parents may get ‘stars in their eyes’ hearing the catch phrase of international school. Just because it’s called an International School doesn’t mean it’s student population is international. It may not even mean that the students in the school are from various parts of India! Check with the administration to find out the demographics of the student population.

Depending on how old your children are, if they have had any significant interaction (even as little as a few years in preschool, kindergarten or first grade) with American kids in the American style of discipline, they could very well likely get culture shock and make the conclusion that kids in India ‘are rude’. Here are a few examples of the culture differences NRI kids and their parents who have come back to India have expressed to me:

Dressing Style NRI Children will need to adjust to in India

Older kids may have more of an issue wearing school uniforms than younger kids, but kids of all ages in the US raised by NRIs do enjoy showing their individuality through the clothes they wear to school. This is part of American culture. NRI parents may not realize it, but kids in American  schools often judge each other based on what they wear or don’t wear and the kids themselves find a bit of self-esteem in being able to choose their style that is acceptable to their personal style while also being accepted by others. Of course, the thought is that a school uniform releases all those stressors. This is true if one grew up wearing these uniforms from day one of school. However, this will not be the case with your child. Suddenly going from having an identity in one’s clothes to not having an identity can be a big culture shock for some kids. (As well as going from uniforms to personal style can be for those Indian kids who move to the US.)


Kids Can Get Hit by Teachers in Indian Schools

Upon asking an NRI first grader what she found different in Indian schools, I was told “They hit me here.” She looked down, sadly. I had no idea what to say. I thought this was banished. But, maybe it just depends on the school. Though NRI parents may have been raised in such a school and not questioned it, remember NRI kids have been socialized very differently in American (Western)  schools. Most if not all areas in the US ban teachers hitting kids for any reason. It’s illegal. So an NRI kid in the US would not experience this. Experiencing this in India, they would naturally be shocked, sad, confused and even hurt.


NRI parents have adjusted to a particular lifestyle that has also given opportunities to themselves and their children that may not be widely available in all parts of India. Some of these things include lack of public libraries, organized kids activities (swimming lessons, etc), lack of day care facilities, different concepts of study time and school night, open and clean parks to play and picnic in among others. Moving back to India and living in India day in and day out, facing the real challenges of social life is completely different than a few month long vacations taken yearly or biyearly by NRI families to India. Keep these issues in mind, along with others that pertain to your family’s situation. These are real issues and cause real problems for parents. Even if parents get adjusted back to India, the children may not. Every child and parent is unique. Some family members may adjust, while others just cannot. It is imperative for NRI parents to thoroughly research schools and the social factors happening in the schools before moving back to India. This research could in fact, as it has with others, cancel plans for some NRI families to move back to India. It’s easy to get caught up in the emotional factors of moving back to India, but when it comes to family dynamics and cross-cultural adjustment, everyone matters; even and especially the children. Happy Children’s Day.

Understanding if you have culture shock
How the movie E.T. teaches us about adjusting to other cultures
Examples of what Americans find to be rude


Copyright © 2011, Jennifer Kumar. All Rights Reserved.
Permission to Reprint: This article may be reprinted, provided it appears in its entirety with the following attribution (link included): Reprinted by permission of Jennifer Kumar, Cross-Cultural Coach at Authentic Journeys.