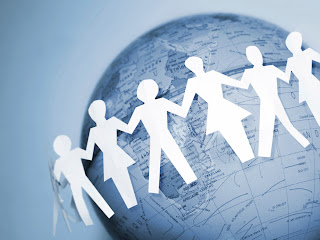 Knowing How to Talk: Generalizations, Stereotypes and How They Differ

Do you sometimes wonder why some people can connect to others while others are always putting out fires with their colleagues?

Most of the times, it’s due to their use of language and how it turns people off. For example,


“Have you ever heard about an Indian who didn’t like curry? Me neither. It’s like they need their curry or they would die.”


“All Koreans love kimchi. They should get over it. It’s just a side dish.”


Others, on the other hand, would naturally phrase it in a more open and honest way so as to invite dialogue. An example,


“Wine is an important part of French culture don’t you think?”


“Sushi is a part of the tradition of excellence in Japanese culture. Would you agree?”

The difference between the two ways of phrasing is simply understood when we look at generalizations compared to stereotypes.

What is the difference between generalizations and stereotypes?

Generalizations and stereotypes are two well known concepts that have over time come together, seem similar. However, it is quite sad since the two are quite distinctly different and the differences are preeminently important.


Generalization is a threefold concept.


Stereotypes on the other hand are based on a much weaker foundation. First, it is based on assumptions made from a very small sample. Second, it presents a fixed and immutable image of a group. Third, when confronted by facts, crumbles quickly.


For this stereotype: “All Koreans love kimchi. They should get over it. It’s just a side dish.”
can you create the generalization?
[Fill in your answer here.]

As for the reason why the two need to be correctly understood, it allows for a better conversation when one uses the first over the second. It allows for growth of all parties rather than stagnation due to the interruption of a flow of ideas. With generalizations, it also allows for reflection, open probing questions a la Socrates, amongst others. With stereotypes, it stops growth and uneasiness and stunted expressions for all parties thus no purpose of focus for continued growth.


Author, Daniel Lafontaine is an Experienced Korean Watcher who is Living the Korean Dream. Find out more about him on his LinkedIn profile.


Related Posts:
How to Talk About Touchy Topics
Where do I fit in? Looking Beyond Labels