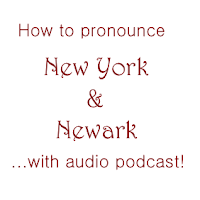 To clear the confusion, it is not ‘Newyork’, one long word without a space between ‘New’ and ‘York’. But, it is New York. Two separate words. In the USA, if you pronounce New York as one continuous word, it can cause confusion and may be misunderstood for ‘Newark’ which is a different city. There is also a difference in the way these two words are pronounced. Since New York has a space/pause in it, the intonation goes down at the end of ‘New’ and rises with the Y in ‘York’. In Newark, there is a flat intonation throughout. I have tried to explain this with a story in this audio cast.

How do I pronounce Newark and New York clearly? 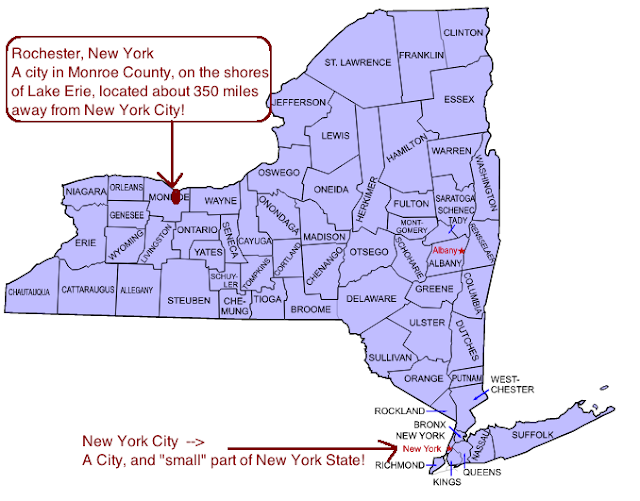 It is true that many Americans also do not realize that New York State and New York City are different. Often when I tell other Americans outside of New York State I am from “New York,” they automatically think about “The City,” and ask me, “So how’s Manhattan? Or Times Square? I think you have been to the Statue of Liberty many times if you live in New York!?” To this, I have to reply, “New York is a big state, of which New York City is a part of. I am from Rochester, New York, which is closer to Niagara Falls. Rochester is about a 6-8 hour drive from New York City!”

We can help your team in India to speak with more clarity and confidence with stakeholders from the US on virtual teams. Check out our program on handling virtual meetings with US clients.

Shadowing:
Listen and try to repeat these short sentences about India in an American Accent
Learn about all of the US states and birthdays
Map image adapted from Wikipedia, click here.